Archive for the ‘Uncategorized’ Category

The TTC is seeking feedback on future Line 3 bus replacement service when the line closes in 2023, and would like to share and seek feedback on a shortlist of bus routing options for the Line 3 bus replacement service. Your feedback, along with technical work, will help the TTC develop the final recommended plan that will be presented to the TTC Board in January 2022 for approval. Visit line3bus.ca or see details below to learn more and ways to share your feedback. 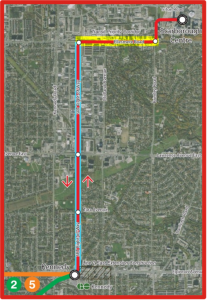 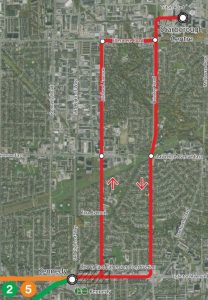 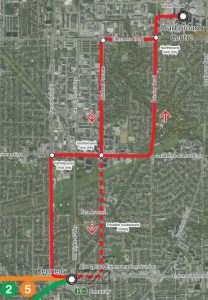 Option 3: Kennedy to Lawrence, then Brimley northbound and Midland southbound 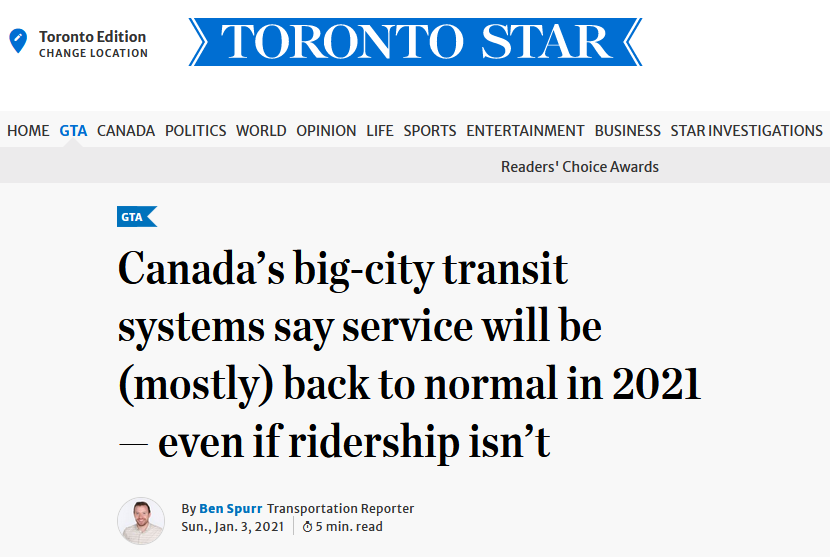 In response to losing up to 90% of their ridership and revenue due to Covid-19 last spring, transit systems across North America suspended up to 90% of their service. However, they retained easily 90% of their costs. Resulting budget shortfalls led to dire warnings about the end of public transit as we know it. As 2020 ends, many agencies have restored significant service levels, and governments have provided cash infusions to mostly replace missing fare revenue. These are positive signs, but transit remains at risk.

While the TTC has reinstated most employees, the distribution of their service is dramatically different. That’s a good thing, as they’ve learned more precisely where essential worker and non-car-owning riders travel. In Toronto that means strong ridership in the northern halves of Scarborough and Etobicoke. The largest drops in ridership can be found on routes between wealthier areas in central Toronto and the financial district as those daily commuters now work from home. The TTC could run the subway at half-capacity and it still might not feel as crowded as in previous years, even as they increased bus service elsewhere. Modifying service is normal but does not resolve increasing pressures on operations funding, and expansion choices.

We know transit funding and service before COVID was not sufficient. The TTC regularly cut service in one area to address greater needs elsewhere, rather than adding more buses driven by operators they couldn’t afford to pay.

The funding was also not sustainable, as massive capital expenditures arrived each election without accompanying operating dollars. For example, the Vaughan subway extension is projected to cost the TTC $30 million more per year to operate than it will bring in revenue.

Finally, the funding is unpredictable by choice. Toronto City Council provides the TTC with about $790 million of its $2.1 billion operating budget, debated and contested each year, and often accompanied by fare hikes greater than inflation. Queen’s Park used to make a substantial contribution to the TTC’s operating funds, but now focuses solely on expansion. The lack of predictable funding from dedicated revenue sources complicates any long-term planning and service consistency to keep people moving efficiently.

Network expansion pressures also change, as we see a greater need for reliable rapid transit for essential workers which cannot be addressed with costly tunnels alone. We know a relief line (whatever its name or technology) from the east into the core will be needed in 10-12 years when it opens, but we will also need the Jane LRT, the Eglinton Crosstown East (to UTSC and Malvern) and West (to Pearson Airport) extensions, and Waterfront East LRT to the rapidly-developing Port Lands.

When we are back to “normal,” people may be afraid to ride transit if insufficient service makes it overcrowded, and there is a possibility many will choose private car travel. If only 10% of the TTC’s ridership makes this choice, that is roughly equivalent to an entire additional Gardiner Expressway of cars. Losing these rush-hour riders would also reduce the TTC’s efficiency, as the subway’s operating cost doesn’t change much whether empty or full, leading to significant budget impacts.

The competition for funding will likely intensify, as vital health care and vaccination programs will understandably tempt governments to delay or cancel other projects, as seen in previous economic shocks. The Eglinton subway was cancelled in 1995 while under construction, and funding for the Crosstown and Finch lines were delayed in 2009.

We know that public transit is vital to a healthy economy and community, but as federal legislators spend more time on airplanes than buses, federal support for transit tends to be late, conditional, insufficient, and one-time-only. As former New York City Transportation Commissioner Janette Sadik-Khan tweeted in December 2020, “Public transportation carries 10x more people than airlines yet Congress thinks it needs $1 billion less aid. Not everybody rides transit but everyone is dependent on those who do.”

In the post-vaccine world, if we do not invest in transit, ridership will remain low and private car congestion will skyrocket—and transit agencies will put more pressure on city budgets. It is essential that we choose a sustainable future state, and not fall into the old habit of just shrugging and accepting an inadequate transit system. 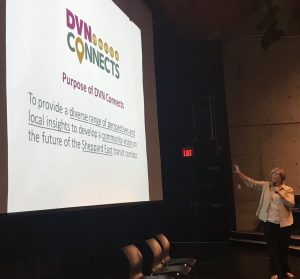 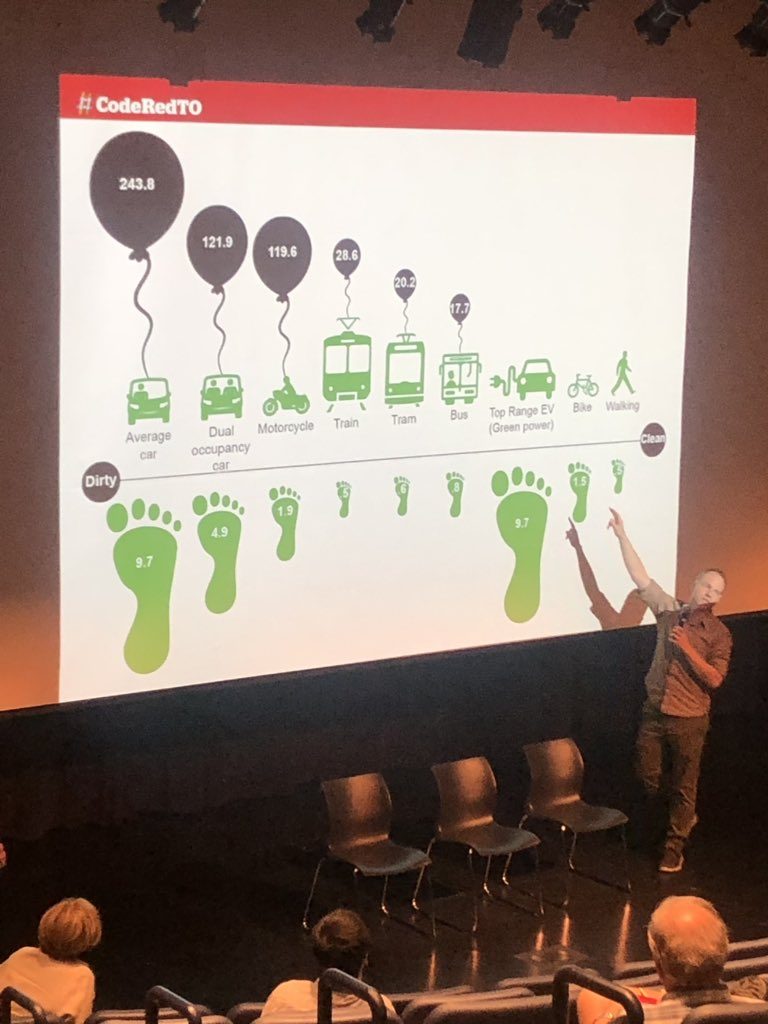 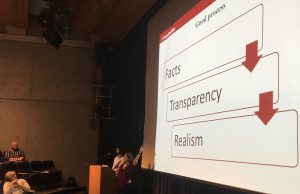 CodeRedTO advisor Professor Patricia Wood walks through how transit decision-making processes can perform better for us. 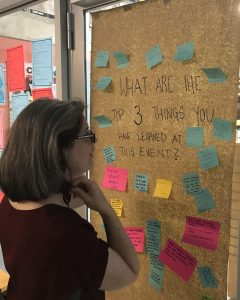 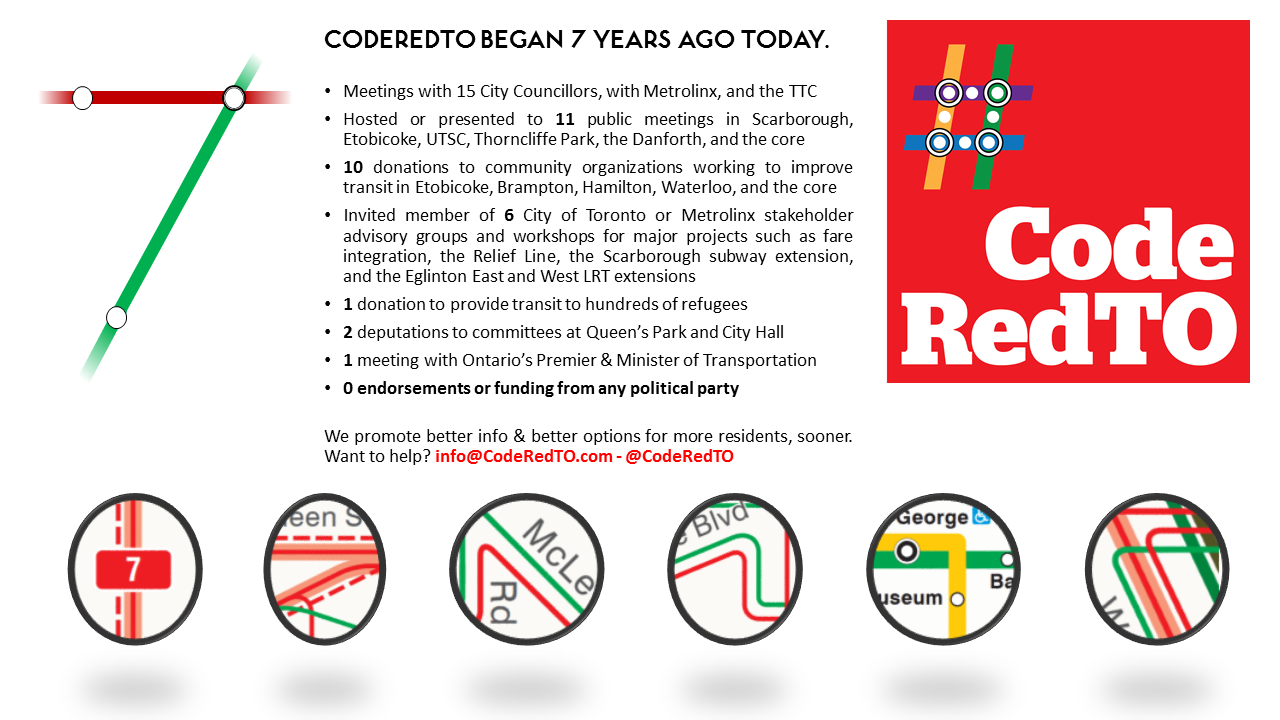 Many of the significant and costly challenges facing the MTA, and its new President Andy Byford, will ring familiar to those following Toronto’s transit development and roadblocks:

For reasons that are slightly mysterious, there is talk of big changes to transit governance in Ontario. One idea floating about is to upload all transit systems to the province because there are 11 separate transit systems in the GTHA. Which is supposed to sound like chaos, or something.

There have been some good critiques of this proposal: I recommend reading Cherise Burda and Jennifer Keesmaat on this.

But one big problem with this governance talk is that regional cooperation and coordination are not the biggest transit problems in the GTHA.

I’m in favour of better regional transit. Where it isn’t entirely absent, what we have is, in many areas, pretty terrible, uneven, and unresponsive. I would like to see service expanded and improved.

But the biggest transit problem we have in the GTHA is inadequate local transit.

Resources on Revenue Tools and Funding for Transit

We’ve gathered some resources for those interested in revenue tools potentially under consideration for the GTHA and future transit funding – send your additions to info@coderedTO.com!

Metrolinx is holding consultations to discuss the Big Move and how to fund it – have you had your say? Here is the events list – emphasizing the remaining events. Be sure to check one out if you can!

#CodeRedTO takes your questions and finds answers! This month: Will TTC Day passes (or Presto Day Passes) still be available after Presto is fully implemented on TTC routes?

We spoke to both the TTC and Metrolinx, and here’s their response:

The availability of a TTC Day Pass is one of the TTC Business Requirements that has been submitted, and accepted, by PRESTO. However, at this time it is under review how the PRESTO system will be able to implement the “group function” of the current TTC day pass. For example, each individual in the “group” may be required to have an individual PRESTO day pass to travel and transfer on the TTC. These sorts of details will be worked out as we move forward with PRESTO through detailed design.

Got a question you can’t find the answer to? Email info@CodeRedTO.com or find us on Twitter at @CodeRedTO!

On June 25, a CodeRedTO representative presented the following slides in an Urban Geography class at the U of T Scarborough. The topics included not just transit issues and facts, but also activism in general and obstacles to Getting Stuff Done. Download a PDF of the slide deck below!